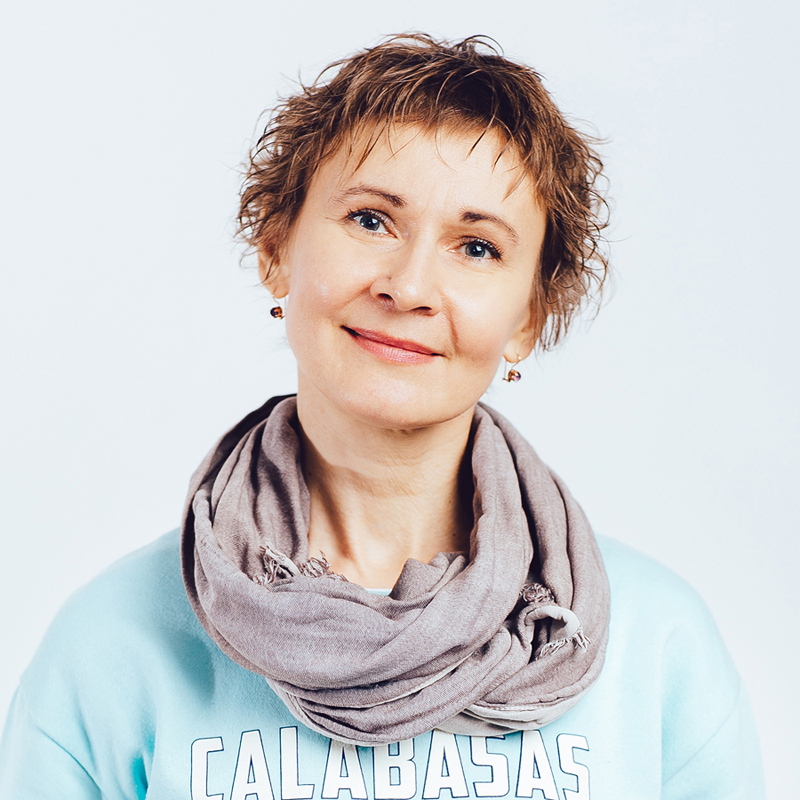 Curator of the Inclusion School, Moscow

I was born on June 17, 1968 in the city of Volzhsky, Volgograd Region. My experience in the theater: I graduated from the acting department of the Volgograd College of Art (Volgograd 1989), the Producing Department (GITIS, Moscow, 2015). Since 1989 until 2015 I worked in theaters in Volgograd, Perm, Astrakhan, Magadan, Magnitogorsk (I worked as an actress, a choreographer, a teacher of eurhythmics). Over this period, I have played about 60 roles in drama, dance and plastique performances. As a choreographer I have staged 15 dramatic and musical performances. I am the author and the participant of some sociocultural projects. Since 2017 I am the curator of the Inclusion School, a teacher of plastique, an assistant director at the projects of the Center for Creative Projects Inclusion (under the assistance of Deafblind Support Foundation Con-nection, Moscow).

Participation in theater projects and laboratories: